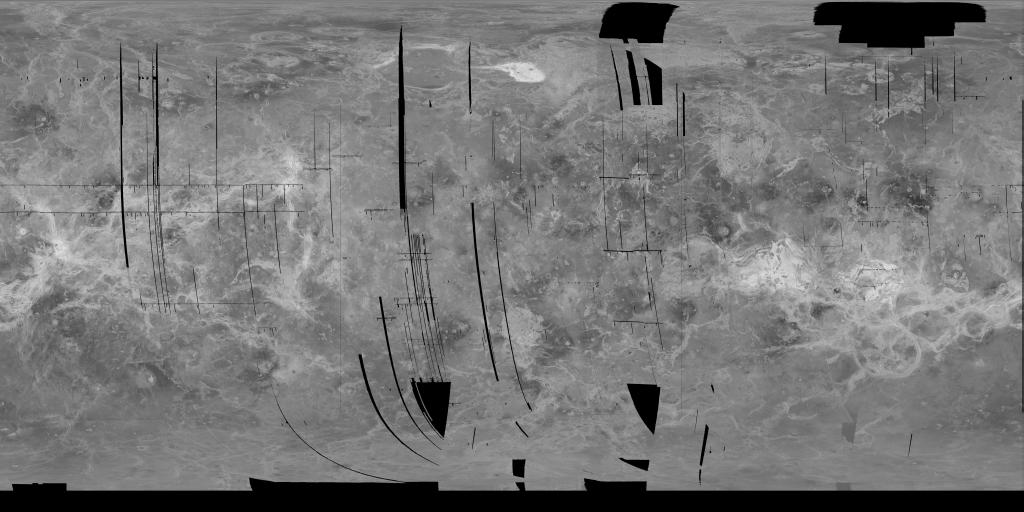 This mosaic was created from the Magellan Full resolution Basic Image Data Records (F-BIDRs), the highest resolution radar images of the Venus surface (~75 meters per pixel [m]). To make this product, the F-BIDR is assembled into Full-Resolution Mosaicked Image Data Records (F-MIDRs) which are then averaged in successive operations resulting in each pixel being the average of nine pixels resulting in compressed BIDR or C-BIDR. The resulting C-BIDR are then mosaicked into 8192 x 8192 arrays called C1-MIDR (Compressed Once - Mosaicked Image Data Record) which are then further compressed into C2- and C3-MIDR. The original Magellan Compressed Mosaicked Image Data Record (C3-MIDR) archive contains three times compressed mosaics of image swaths (C-BIDRs) at a resolution of 2025 m/pixel. C3-MIDRs consist of mosaics generated by computing 3x3 pixel arithmetic moving averages from the C2-MIDRs. C3-MIDRs, with their 2.025 km pixel widths, are designed to cover the planet at reasonably high resolution and high signal to noise ratio. (Ford et al., 1993).

mosaic of the C3-MIDR tiles

Product Information: This mosaic was created from the Magellan…