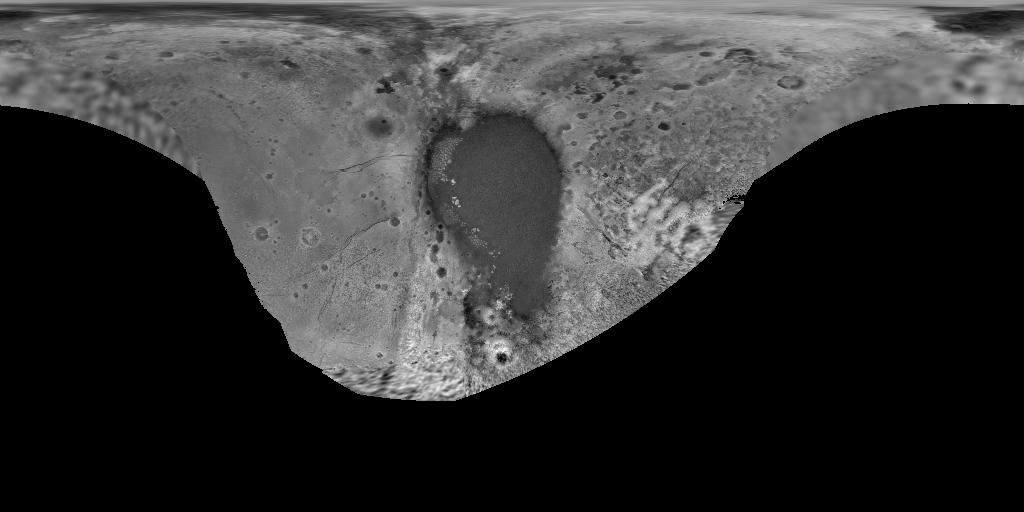 This detailed, high-quality global mosaic of Pluto was assembled from nearly all of the highest-resolution images obtained by the Long-Range Reconnaissance Imager (LORRI) and the Multispectral Visible Imaging Camera (MVIC) on New Horizons.

The digital elevation model (DEM) or topography data of the hemisphere visible to New Horizons during the spacecrafts closest approach. The topography is derived from digital stereo-image mapping tools that measure the parallax – or the difference in the apparent relative positions – of features on the surface obtained at different viewing angles during the encounter. Scientists use these parallax displacements of high and low terrain to estimate landform heights.

This maps is available in Equirectangular projection at an equatorial pixel scale of 300 meters per pixel (m) and as well as in cube format; the latter can be read using the USGS ISIS Planetary Image Processing Software. All maps were producing using radii of 1188.3 kilometers miles for Pluto.

Pluto's topography as derived from stereo-mapping

The original 32bit elevation model used kilometers for the heights. This file was converted to elevation in meters and truncated to 16bit signed values.

Entity and Attribute Overview
elevation values are in meters