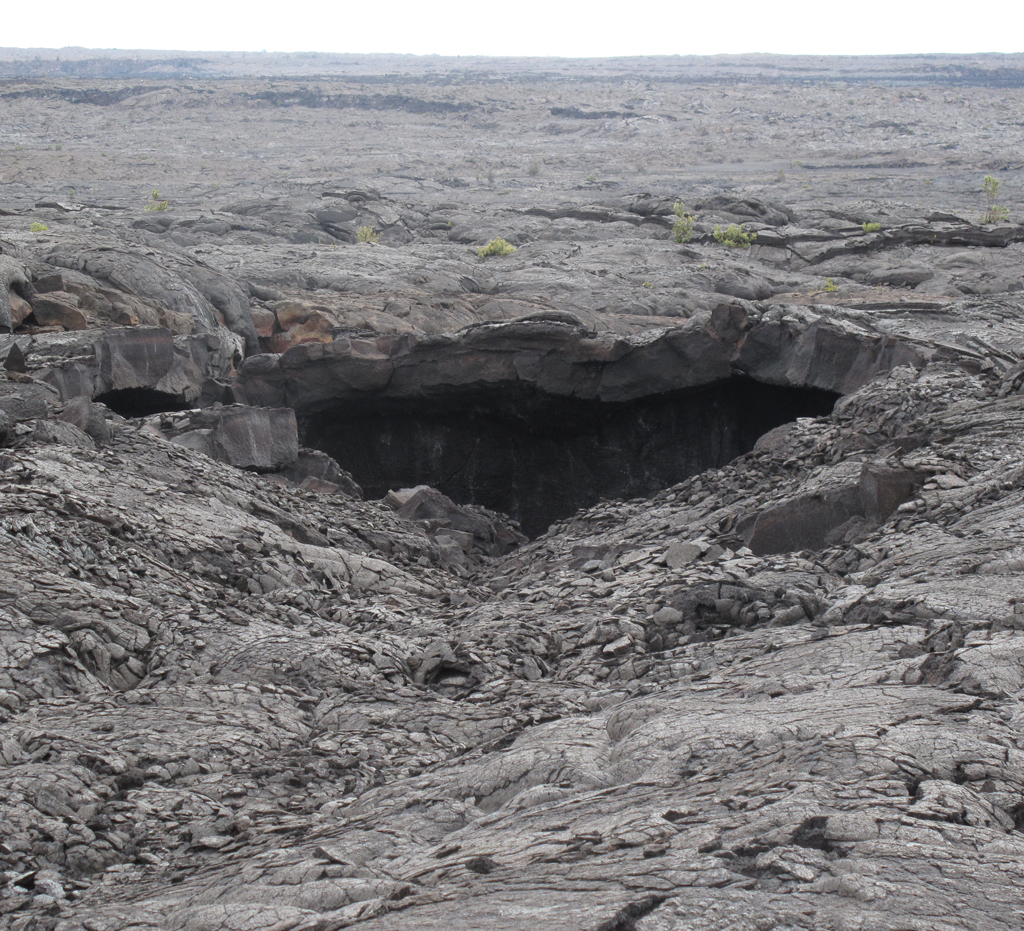 Diurnal and annual temperature variations in some Atypical Pit Craters (APCs) on Mars may be affected by the presence of interior cave entrances (Cushing et al., 2007; Cushing et al., 2015). The purpose of this document is to publish the data collected for a Mars-analog study where topography, temperature and climate variations were recorded in 7 pit craters. The pits in this study were specifically chosen because they are morphologically comparable to martian APCs (i.e., having vertical walls, high depth-to-diameter ratios and relatively flat floors). In THEMIS thermal-infrared spacecraft observations of Mars (Christensen et al., 2004), APC floors exhibit strongly damped diurnal temperature variations when compared with those of common (bowl-shaped) pit craters, and are warmer in pre-dawn thermal-infrared spacecraft observations (Lopez et al., 2012)  by up to 53 K (Cushing et al., 2015). Our primary purpose for recording temperatures in the Kīlauea pits was to determine whether terrestrial analogs exhibit similarly damped temperature variations, and if so, to determine whether atmospherically connected cave systems can influence this effect. When atmospherically connected to pit craters, we suspect that subsurface microclimates (i.e., caves) will have a stabilizing influence and behave as thermal capacitors—effectively damping the pit’s diurnal temperature amplitude and causing a slight temporal phase delay (e.g., Wynne et al., 2008). Comparing these specific, time-dependent thermal signatures in pits with and without cave entrances may reveal characteristic thermal distinctions between the two cases. Results from such an analysis will aid in developing tools to evaluate extraterrestrial pit craters for the presence of cave entrances.

The purpose of this report is to publish the data obtained for a Mars-analog study where we recorded the topography and temperature variations in a small collection of cylinder-shaped pit craters on the flanks of Kīlauea volcano, Hawai'i.  The pits in this study were specifically chosen because their interiors are comparable to structures on Mars referred to as Atypical Pit Craters (APCs), which are cylindrical or bell shaped (with overhanging walls/rim). In thermal-infrared (TIR) spacecraft observations (by the Mars Odyssey spacecraft, THEMIS instrument; Christensen et al., 2004), APC floors exhibit strongly damped diurnal temperature variations when compared with those of common pit craters, and are distinctly warmer in pre-dawn TIR observations [Cushing et al. 2007, 2015; Lopez et al, 2012; Cushing 2012]. In predawn TIR, thermal effects from direct solar illumination are diminished, and temperatures are controlled by thermal inertia of surface materials [e.g., Fergason et al., 2006]. Our primary purpose for recording temperatures in the Kīlauea pits was to determine whether terrestrial analogs exhibit similarly damped temperature variations; and if such is the case, then also to determine what thermal effects a connected cave system may impose—possibly helping to constrain or describe conditions on Mars.

APCs, and the analogous Kīlauea pits mentioned above, have the forms of cylinders or inverted cones with vertical-to-overhanging walls that extend down to floor level with little or no accumulated talus at their bases (typical bowl-shaped pit craters have extensive talus accumulations that slope from rim to floor at near the repose angle). These structures are roughly-to-highly circular and usually have depth-to-Diameter (d/D) ratios of around ~0.3 – 1.0 and can exceed 1.8 (Cushing et al., 2015).

Kīlauea’s Mars-analog pits described herein are too small to be thermally resolved by Earth-orbiting satellites (e.g., ASTER pixels are ~90 m across while the pits presented here are less than 50 m across). Although, even at higher resolution, the lack of continuously acquired measurements would still preclude us from studying diurnal temperature variations. We therefore proposed to deploy arrays of in-situ temperature sensors/loggers, to continuously record data at each study site for an entire year.

Other motivations for studying terrestrial pit craters to compare with Martian APCs as candidate cave-entrance locations:

1)      Three of the four terrestrial pits that appear most closely analogous to APCs formed laterally extending caves or cave-like structures such as deep alcoves. The fourth is reported to have exposed a laterally extending lava tube that has since become buried by collapsed rubble.

2)      Diurnal floor-temperature variations in APCs are damped in comparison with common pit craters. Caves are known to be nearly isothermal environments and would therefore act to dampen the diurnal variations of nearby surfaces in thermal contact.

3)      Although common-type pit craters occur frequently across Mars, APCs appear to occur exclusively in the volcanic regions, which supports their comparability with the terrestrial pit craters discussed here.

4)      Some of the Mars-analog pit craters around Kīlauea are known to have formed above dikes that left laterally extending tunnels after they deflated/drained and cooled.

5)      Thermal observations of APCs are sparse with only a few repeat observations per martian year, and these are further limited to either late-afternoon or pre-dawn time frames. The Mars-analog pit craters around Kilauea volcano provided a means to gather temperature data continuously over full annual cycles.

Our intended analyses of these data await fine-tuning of our thermal model, which will simulate simulate pit-crater temperatures under both Earth and Mars conditions.

Raw HOBO files (.hobo) – Data as downloaded directly from the data loggers, these files are in the HOBOware proprietary format. To read these files a free (limited) version of this software is available at: www.onsetcomp.com/hoboware-free-download.

Calibration images (.tiff) – Context images of each sensor location (Pits O and Q only) with grey/white/black calibration cards imaged alongside the rock and sensor probe.

Topography data – Each pit was mapped using a laser rangefinder with built-in compass and inclinometer. Included with each pit is x, y, z (point cloud) data in both .xls and .csv formats.