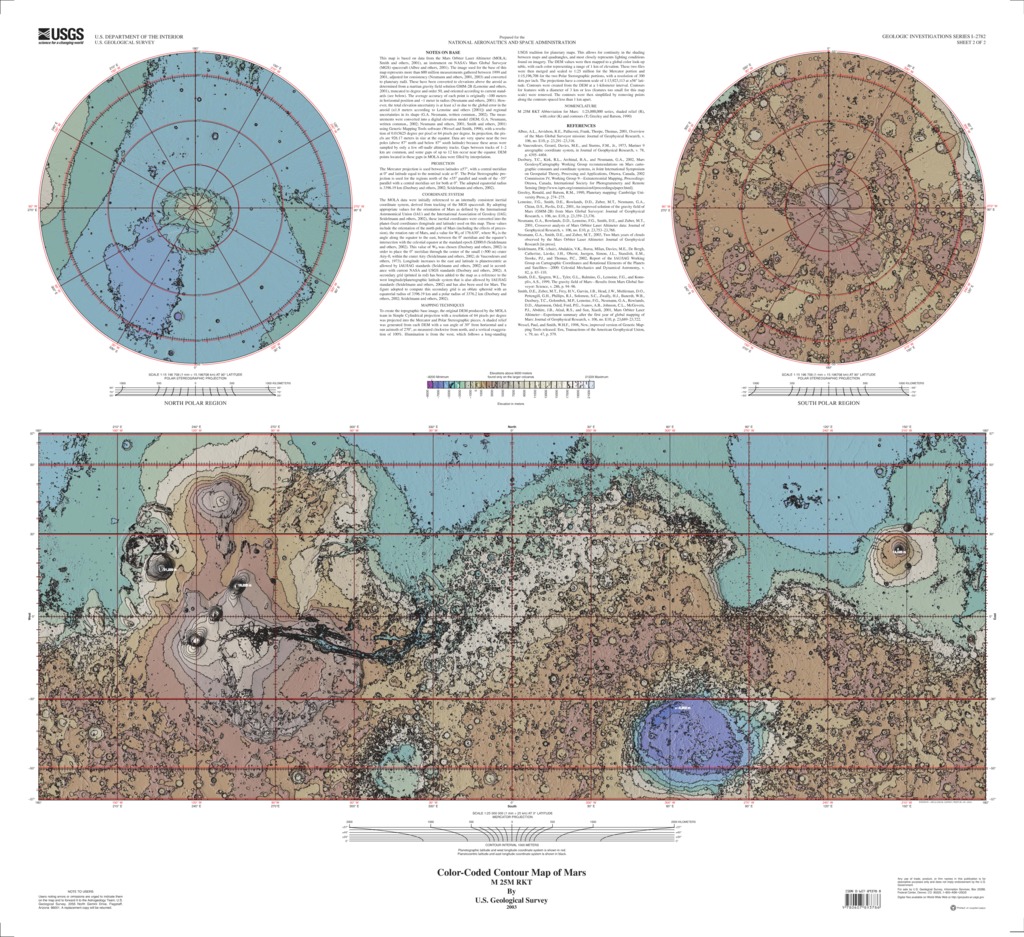 To create the topographic base image, the original DEM produced by the MOLA team in Simple Cylindrical projection with a resolution of 64 pixels per degree was projected into the Mercator and Polar Stereographic pieces. A shaded relief was generated from each DEM with a sun angle of 30° from horizontal and a sun azimuth of 270°, as measured clockwise from north, and a vertical exaggeration of 100%. Illumination is from the west, which follows a long-standing USGS tradition for planetary maps. This allows for continuity in the shading between maps and quadrangles, and most closely resembles lighting conditions found on imagery. The DEM values were then mapped to a smooth global color look-up table. Note that the chosen color scheme simply represents elevation changes and is not intended to imply anything about surface characteristics (e.g., past or current presence of water or ice). These two files were then merged and scaled to 1:25 million for the Mercator portion and 1:15,196,708 for the two Polar Stereographic portions, with a resolution of 300 dots per inch. The projections have a common scale of 1:13,923,113 at ±56° latitude. Contours were created from the DEM at a 1-kilometer interval. Contours for features with a diameter of 3 km or less (features too small for this map scale) were removed. The contours were then simplified by removing points along the contours spaced less than 1 km apart.

The photomosaic that forms the base for this globe combines a…

Project sheet with instructions for creating the Viking and Global…