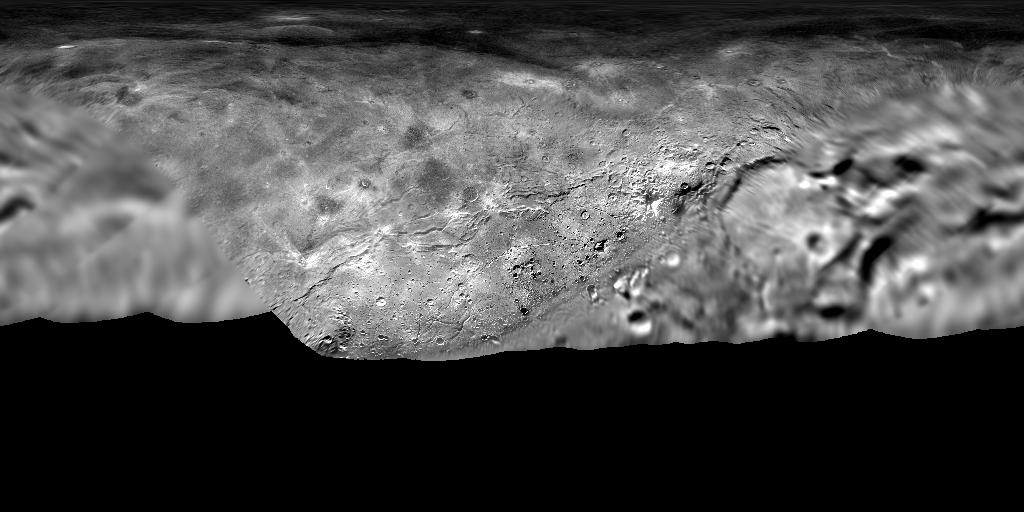 This detailed, high-quality global mosaic of Pluto’s largest moon, Charon, was assembled from nearly all of the highest-resolution images obtained by the Long-Range Reconnaissance Imager (LORRI) and the Multispectral Visible Imaging Camera (MVIC) on New Horizons. The mosaic is the most detailed and comprehensive global view yet of Charon’s surface using New Horizons data. Standing out on Charon is an enormous trough at least 350 kilometers long, and reaching 14 kilometers deep –more than seven times as deep as the Grand Canyon.

This mosaic is available in equirectangular projection at an equatorial pixel scale of 300 meters per pixel (m). An ISIS3 cube 32bit formatted file is available from the ancillary section. This map was produced using radii of 606 kilometers for Charon.