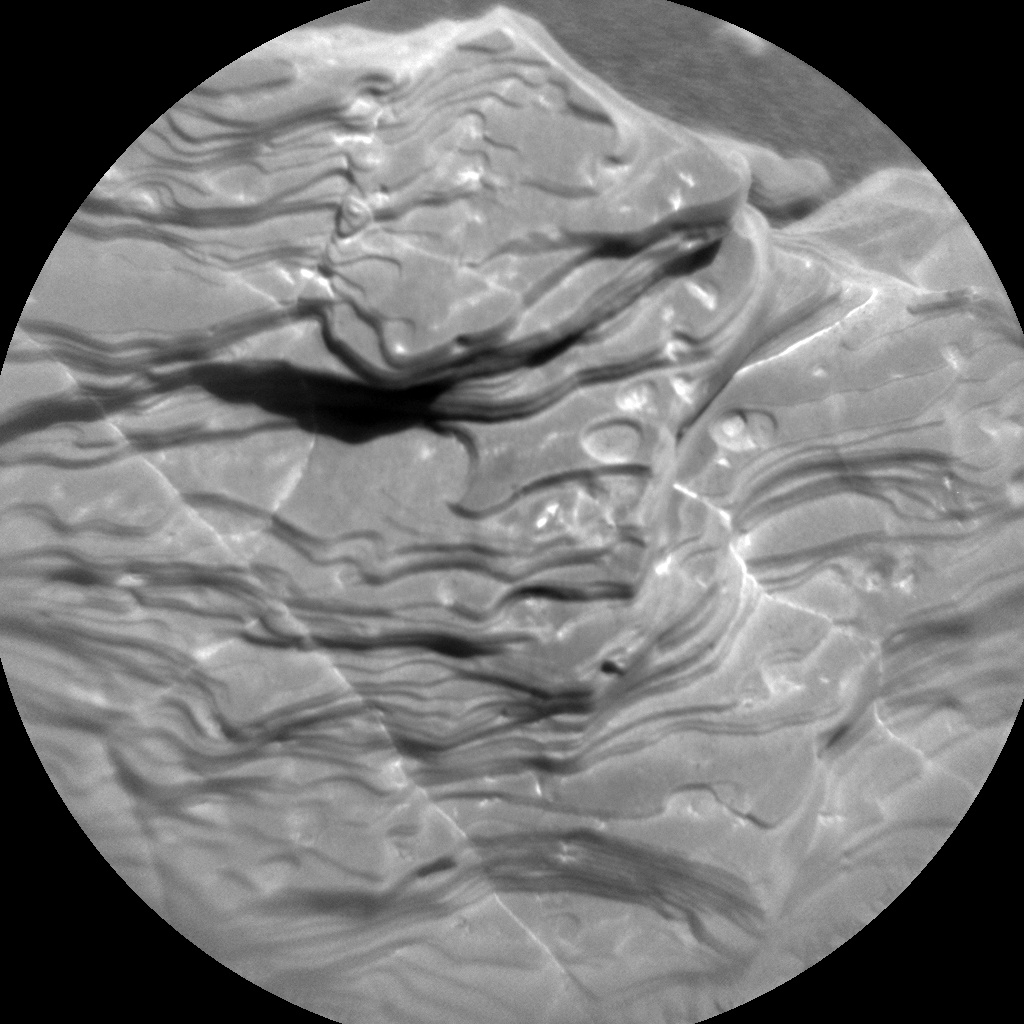 I was on downlink for ChemCam on Wednesday, so I was busy analyzing the latest data while the uplink team decided what to do for sols 1904 and 1905. We had some nice data, including a gorgeous image of a finely-layered rock named "Trotternish" (shown above).The sol 1904 plan started with some Mastcam and Navcam atmospheric observations, followed by ChemCam on the targets "Oban", "Talisker", and "Laphroaig". That is followed by a MAHLI "goniometer" observation of Oban. A goniometer measures the amount of light scattered from a surface at different angles, so when we say we have a MAHLI goniometer measurement, it means lots and lots of images of the same target from precisely spaced intervals. It gives Curiosity's arm a workout and delivers a nice data set that can be used for detailed photometry and to create a 3D reconstruction of the target. In addition to the goniometer observation, MAHLI also did normal observations of Oban and Talisker. APXS then did overnight observations on both targets.On Sol 1905, Mastcam had a documentation image of Talisker, and a full multispectral observation of Oban. Mastcam also had a couple of mosaics of targets "Leadhills" and "Lismore" followed by a MARDI image to document the terrain before we move on.