Meteor Crater is a 180 m deep, 1.2 km diameter bowl-shaped impact crater in Northern Arizona, and has long been a terrestrial analog site for planetary exploration. During the 1960’s, Eugene Shoemaker trained NASA astronauts at the crater to prepare for the Apollo missions to the Moon. The Meteor Crater Sample Collection consists of geologic samples from the Meteor Crater ejecta blanket. USGS Astrogeology curates and provides access to the Meteor Crater Sample Collection for the planetary science community. Our goal is to facilitate scientific research on impact melting of sedimentary targets, ejecta distribution and deposition processes, and mineral shock metamorphism.

The geologic samples in this collection were obtained during the 1970’s by USGS Astrogeology planetary scientist Dr. David J. Roddy, who conducted a program of rotary drilling on the rim and flanks of the crater. Given the financial and logistical difficulties inherent in conducting thorough field sampling campaigns at Meteor Crater, and the importance of this unique geologic collection to investigations of terrestrial impact craters as planetary analogs, USGS Astrogeology curates this sample collection and manages sample requests for the planetary science community.

Clink on the links to the right for more information.

The sample collection consists of over 2,500 m of drill cuttings from 161 drill holes, drilled on the crater rim and throughout the ejecta blanket (and beyond). The drill cuttings were sampled on average every 0.3 m, in drill holes ranging in depth from a few meters to over 50 m.

The interactive map and data repository may be explored to assist in selection of drilling locations and depth intervals for sampling requests.

Meteor Crater formed approximately 50,000 years ago by the impact of a 100,000-ton iron-nickel meteorite, ~30 m in diameter, which struck at an approximate speed of 12-20 km/sec. The Canyon Diablo meteorite, so named for the small canyon to the west of the crater, exploded with the force of over 2 million tons of TNT (or about 150 times the force of the atomic bomb detonated over Hiroshima). The impact blasted millions of tons of sandstone and limestone out of the crater, and this pulverized rock was redeposited on the plain around the crater along with fragments of the Canyon Diablo meteorite, impact melt (shock-melted sandstone and limestone), and metallic spherules (ballistically dispersed droplets of melted meteorite). This redeposited material is the crater’s ejecta blanket. Geologic and petrologic studies of Meteor Crater, especially the works of Daniel Barringer and Eugene Shoemaker, have demonstrated conclusive evidence for the impact origin of the crater and provided diagnostic scientific tools needed to recognize impact structures throughout the Solar System. 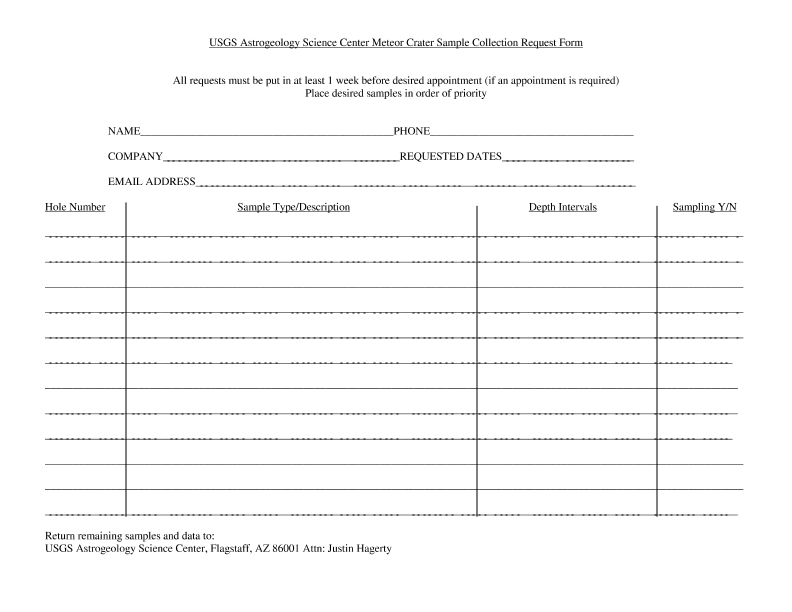