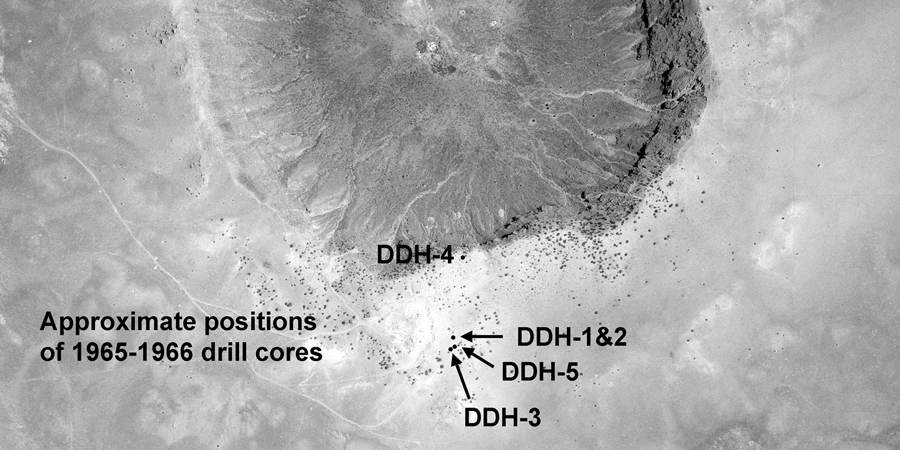 While inventorying the drill cuttings from Meteor Crater, we identified 31 boxes of drill core from the crater. Unfortunately, there was little or no documentation for these cores and we initially did not know the drill hole locations or any of the ancillary details. With the assistance of Dr. David Kring, we eventually determined the origin of all of the drill cores. We found that they were drilled on the southern rim and flank of Meteor Crater between January 26 and March 30 of 1966. These cores were collected to provide unshocked examples of Moenkopi, Kaibab, and Coconino materials and to serve as a baseline for investigating the effects of shock on target rock at Meteor Crater. These drill cores have now been inventoried, documented, characterized, and entered into the sample collection for further analysis by the planetary science community.