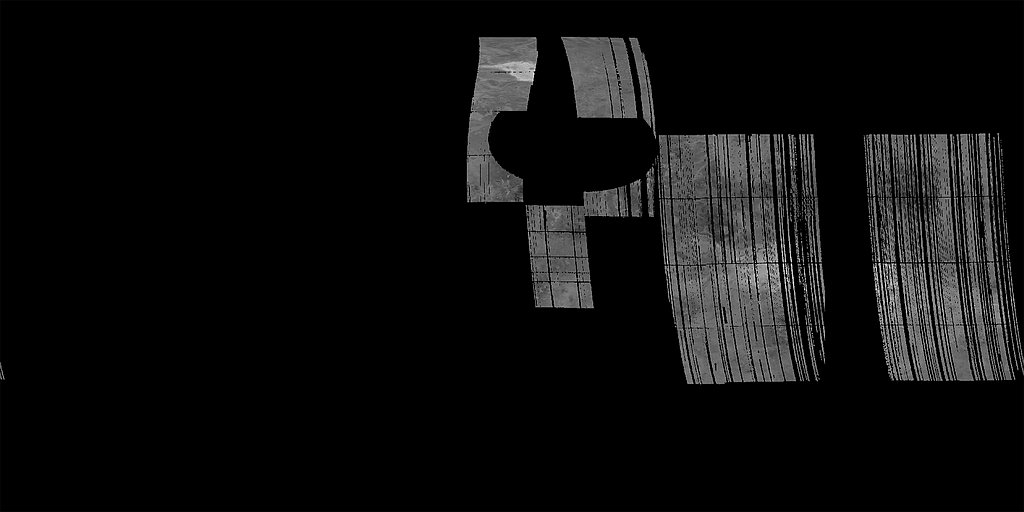 This mosaic was created from the Magellan Full resolution Basic Image Data Records (F-BIDRs), the highest resolution radar images of the Venus surface (~75 meters per pixel [m]). Even though called global, this mosaic only covers 17% of the planet. For a smaller download, this base is available for processing (clipping and format conversion) using the Map-A-Planet 2 "processing" button on the right.

Pixel values (DNs) are 8 bit based on this scaling factor and offset.

The Magellan Mission to Venus launched on May 4, 1989 on board the Space Shuttle Atlantis. The spacecraft arrived at Venus on August 10th, 1990 and was inserted into a near-polar elliptical orbit. The primary mission requirements were to map at least 70% of the surface at a resolution better than 300 meters/pixel and to determine the global relief at such a resolution as to facilitate detailed analysis of tectonic, volcanic, eolian, and impact features. Magellan successfully completed four mapping cycles at Venus. The first mapping cycle lasted from mid-September 1990 to mid-May 1991 focused on fulfilling the primary mission requirements. The second mapping cycle was from mid-May 1991 to mid-January 1992 and was dedicated to filing in gaps in the cycle 1 coverage and obtaining coverage of the south polar region; this cycle resulted in 54% of surfaced coverage and increased the cumulative coverage of the mission to 96%. Cycle 3 was from mid-January to mid-September 1992 and focused on acquiring stereo image coverage; this cycle resulted in about 21% surface coverage and increased total surface coverage to 98%. Cycle 4 was dedicated to gravity observations and as such did not add to the cumulative coverage of imagery taken by the spacecraft (Ford et al., 1993).

To create a mosaic of the SAR images tile generated during cycles 3 of the Magellan mission which were taken off-nadir view to create stereo looks.

Access Constraints
public domain
Access Instructions
Due to the file size, this mosaic may be difficult to download using a browser. Wget or other download tool should work better. This can also be cropped and map projected using MAP2 (the process button on the right).
Use Constraints
None

This map contains about 17% of the planet

Software to reproject, mosaic, and do cosmetic seam removal to put the image data in FMAP format was developed by Kay Edwards and Tracie Sucharski (USGS). Cartographic processing was done by Robert Sucharski (USGS).

Product Information: This mosaic was created from the Magellan…