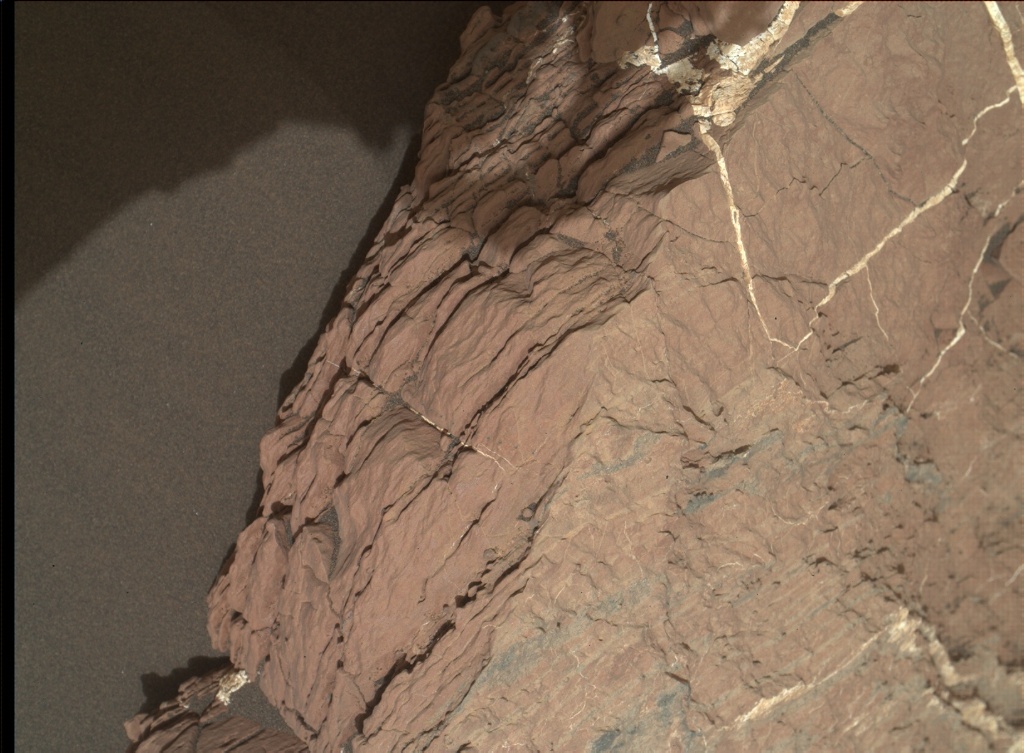 Our drive on Sol 1605 was successful, putting us in a good position for weekend science on the northeast side of Ireson Hill. The sol 1606 plan starts off with ChemCam observations of “Quimby,” which appears to be a piece of cap rock that has tumbled down from the top of the hill, and a bedrock target “Quoddy”. Mastcam will take an image to document the ChemCam dataset that was automatically collected at the end of the Sol 1605 drive, as well as a mosaic of an area called “Castine”. APXS will then do an overnight analysis on “Quoddy” and “Pogy”.

Sol 1607 is not too busy: the main activity is a short science block with atmospheric observations using Navcam, ChemCam, and Mastcam. Sol 1608 makes up for it though. It starts off with ChemCam of the targets “Cushing” and “Bucksport”. Mastcam will document those two targets and then do some multispectral observations of “Quoddy”, “Quimby”, and “Jemtland”. We will wrap up Sol 1608 with some workspace images and a MARDI image of the ground under the rover.