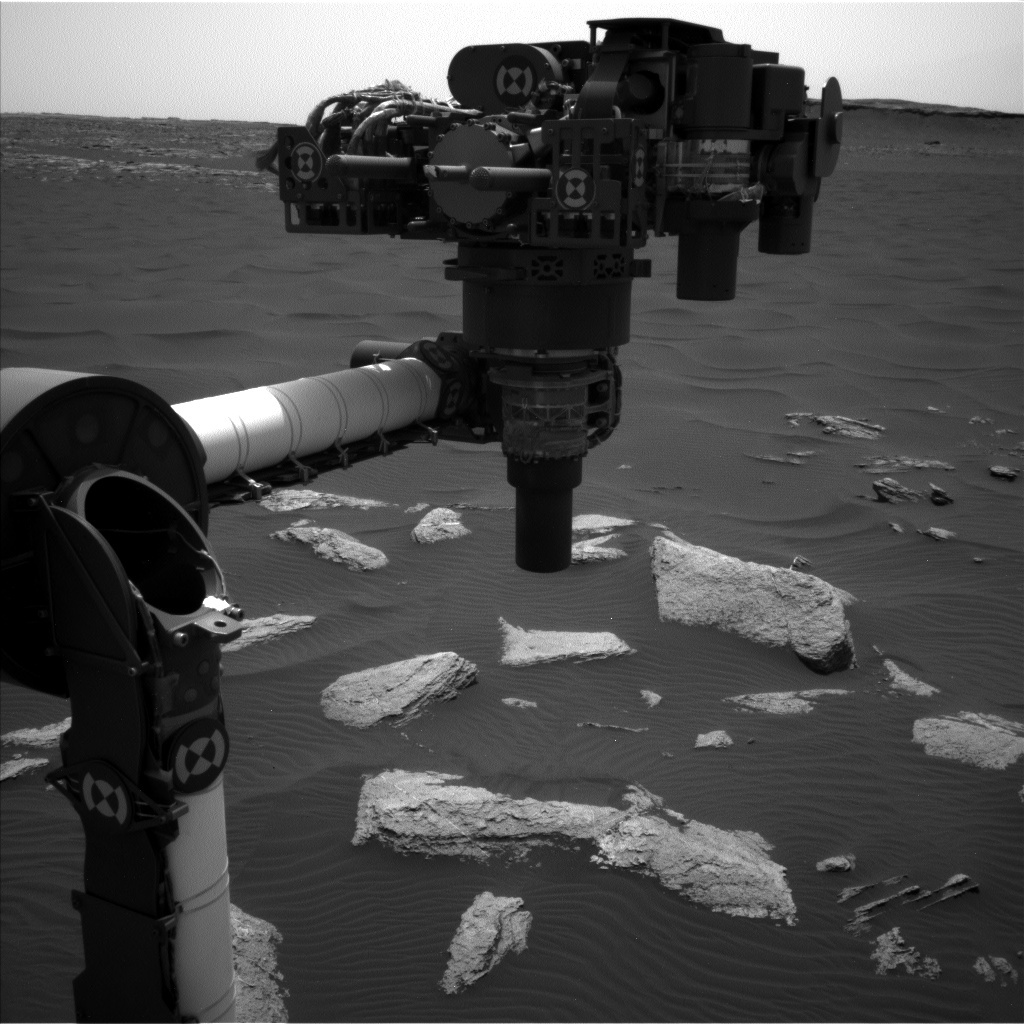 Yesterday’s short drive was successful, so we started today with the rover parked at stop #3 of the dune campaign and the rover’s arm up in the “ready out” position. The Sol 1637 plan starts out with a couple of Mastcam atmospheric observations, followed by ChemCam analysis of two targets on a nearby sand ripple. The target “Spragueville” is in the ripple trough and “Ripogenus” is on the ripple crest. Mastcam will document both targets, and will take a couple of small mosaics of the sand ripples that are visible from our new location. Mastcam also will document the ChemCam AEGIS target from sol 1636, and collect some multispectral images of an area where the rover’s wheel disturbed the sand, called “Hildreths.”