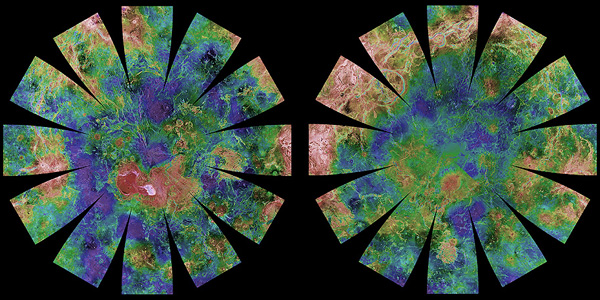 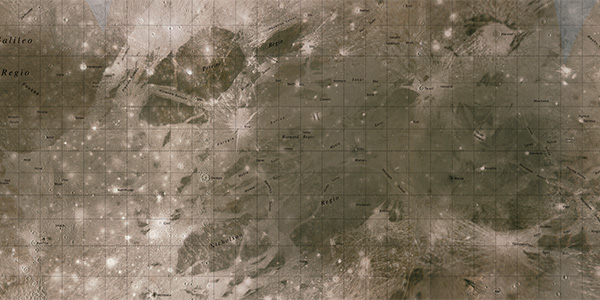 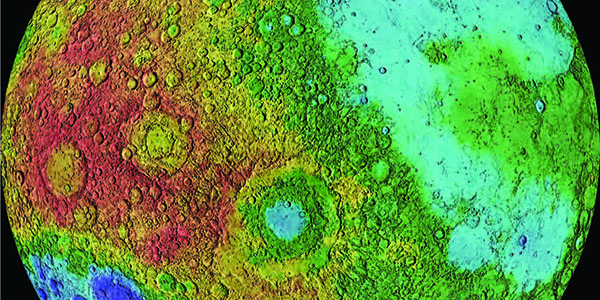 Download, print, and make your own planetary globes! The number, size, and placement of text annotations were chosen to provide a general orientation of prominent features on a 12-inch globe. Features are labeled with names approved by the International Astronomical Union. A specialized program was used to create the "flower petal" appearance of the photomosaic; the areas of each petal from 0 to 75 degrees latitude is in the Transverse Mercator projection, and the area from 75 to 90 degrees latitude is in the Lambert Azimuthal Equal-Area projection. The northern hemisphere is shown on the left and the southern hemisphere is shown on the right.

A global monochrome mosaic of the best resolution images from both…