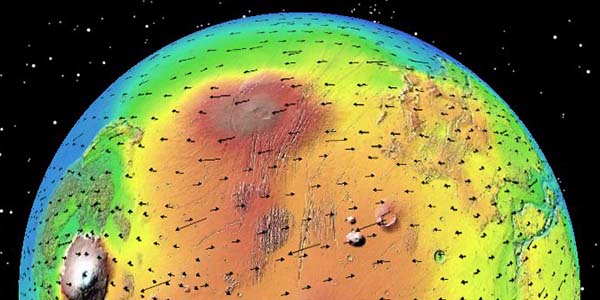 Distributed here are control network data for solar system bodies (planets, moons, and asteroids) other than the Earth. Each control network is essentially a set of photogrammetric or radargrammetric solution (input and output) files. The input files consist of, aside from a priori information, measurements of common points (control points, or sometimes tie points) on images of a planetary body. The output files include the coordinates of the control points and revised orientation information (camera pointing) for the images. The primary use of such information is for the creation of image mosaics of the planetary body. However, these solutions can also provide fundamental data on the size of the body, its rotation period, and the direction of its polar axis in space. The control point coordinates also usually serve to define the fundamental coordinate system for the body in question.

The source for these control networks are primarily work done at the RAND Corporation, Santa Monica, CA, by Merton E. Davies and Timothy Colvin, and by the Astrogeology Team of the U. S. Geological Survey, Flagstaff, AZ. Information, such as references and data if available, will also gradually be added regarding control networks created by others, such as for Mercury, Phobos and Deimos (the moons of Mars), Jupiter's moon Io, and the asteroid Eros.